Update: The philistines have torn it down.

Residents of Sedgefield report seeing crews from a demolition company at work in Adamsleigh, the renowned 30,000 square foot mansion in the golf course community. An article this week in the News & Record indicates that time may have run out for the fabulous house. Built in 1930, it stands with Graylyn in Winston-Salem and Hillside in Greensboro as one of the Piedmont’s grandest mansions. But its new owner wants to build a house, and Adamsleigh is in his way.

The new owner is Jason Harris, a member of the family that owns FurnitureLand South. The News & Record and others have tried to reach him to find out his plans, but he hasn’t been returning calls lately. It’s easy to see why.  The home’s 13-acre lot would seem to provide plenty of room for a new house without tearing down a landmark. Adamsleigh is an irreplaceable piece of history for Sedgefield, for Greensboro and for the state. People who are doing great things usually want to talk about them.

Adamsleigh was built by High Point textile executive John Hampton Adams, one of the founders of Adams-Millis. It had been owned by his descendants since he died in 1935. Harris bought the property for $2.4 million in November 2018. The asking price was $3.895 million. It had been on the market for years.

“It’s not a home that I would want to live in,” Harris is quoted as saying in the News & Record. “It’s not fit for today’s lifestyle.”

Harris has a couple arguments for reducing the historic home to rubble, documented from earlier conversations. One is, basically, that the house was for sale for years and no one bought it so why not tear it down? Also, renovating it would be a monumental and expensive undertaking. It has no air conditioning, there’s asbestos in it, and it’s 30,000 square feet. And, of course, there’s “today’s lifestyle.” Such challenges have been overcome in the restoration of many historic homes, but almost anything can seem impossible to a man who doesn’t want to do it.

All of this begs the question of why Harris bought Adamsleigh. His brother lives next door, but I wonder if it has more to do with the small fortune Harris could gain from redeveloping 13 acres in the heart of Sedgefield. Adamsleigh has the Sedgefield golf course behind it and across the street. It’s one of the oldest and most prestigious golf course communities in the state.

The bigger the houses are and the more space there is between them, the less there is of a feeling of community. The more people lecture about “private property rights,” the less you hear about responsibility. The more money talks, the poorer the community is, even one as rich as Sedgefield. 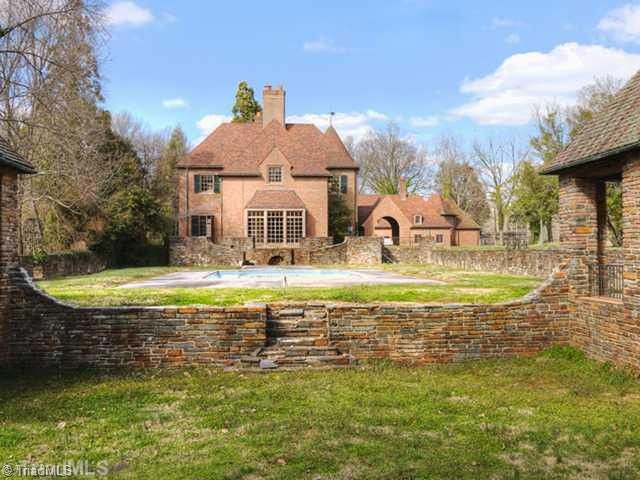 In 2013, the Junior League of Greensboro and Traditional Home magazine staged a designer showhouse. “Adamsleigh—a splendid Tudor-style manor house built in 1930 on grounds replete with tennis courts, a caretaker’s cottage, a pond, and two pools—set the style bar high; it challenged a mix of local, regional, and national designers to stretch, to dream big,” the magazine said. The event showed what people with vision and talented designers could do with the home. Traditional Home photos by John Bessler and Peter Rymwid. 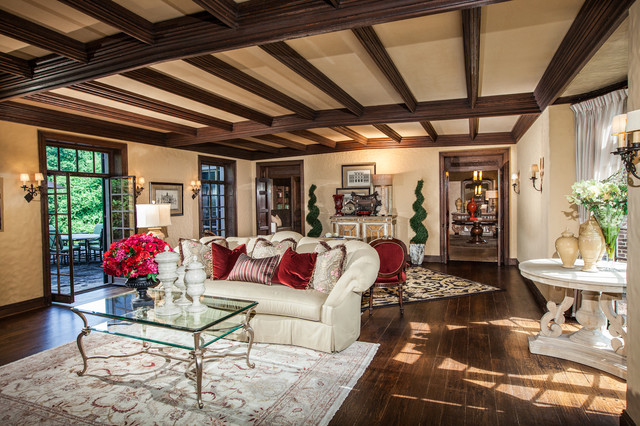 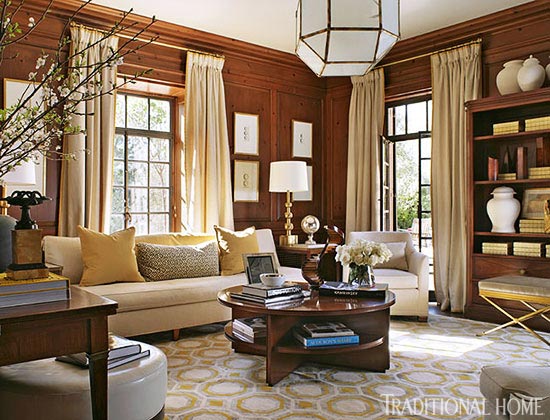 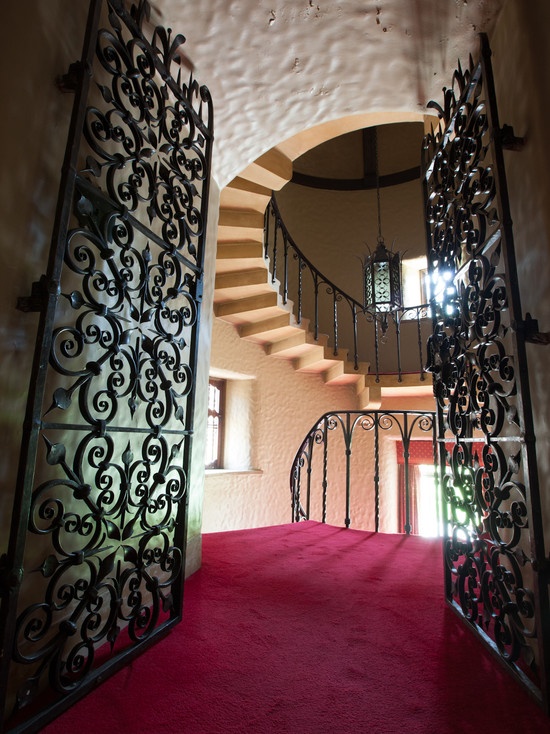 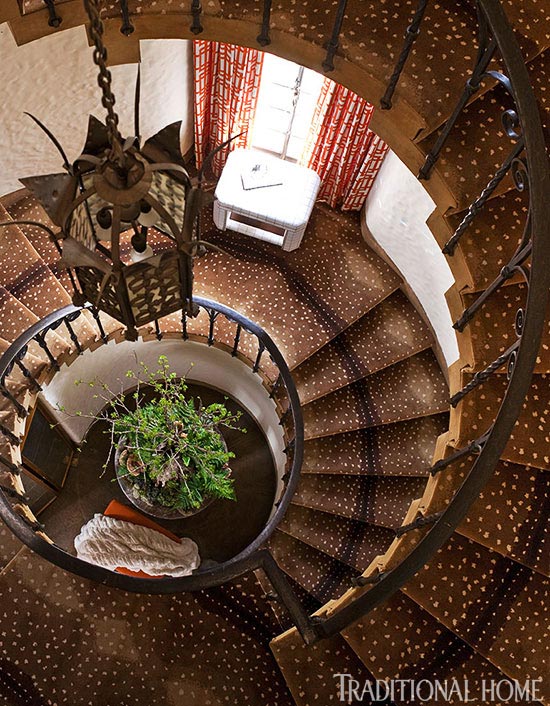 A selective collection of current real estate listings for mostly pre-1930 homes in Greensboro historic districts, other in-town neighborhoods and the towns, communities and rural areas of Guilford County. For more information, see the bottom of the page.

Get Blog Posts via Email